Do you need some inspiration for the whiskey lover in your life? Are you looking to send whiskey as a gift?

Our personalised whiskey gift set might just be the right choice! Yes, whiskey lovers would always love a good bottle of that favorite spirit. But let’s face it. That might just be a dull choice. It’s akin to fetching whisky from the duty-free section of the airport. How about going a little extra and pampering the loved ones in your life with a whiskey gift set?

What Kinds Of Items Can Your Whiskey Gift Set Include? 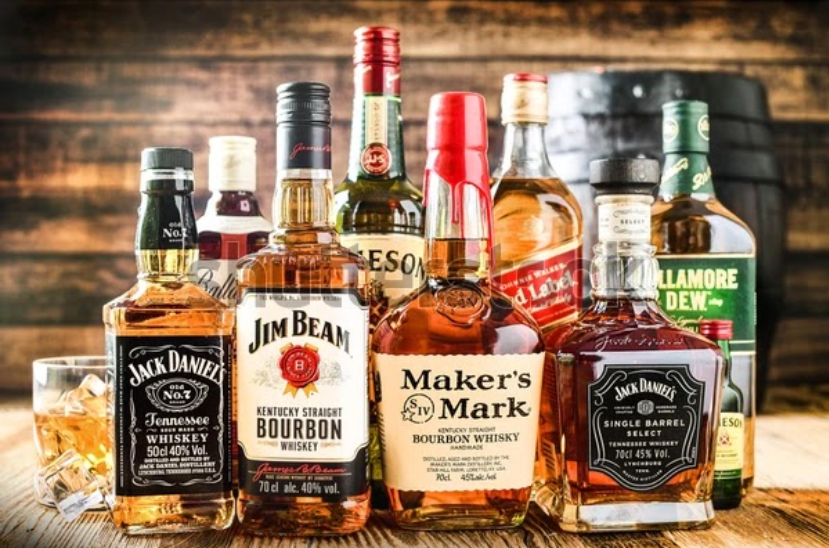 Liquor: Send Whiskey As A Gift!

There are many types of whiskey, and it can confuse anyone who is not a whiskey drinker. However, our whiskey gift pack comes with background information on the liquor(s) used, including:

The whiskeys we use in our gifts include:

Irish whiskey: From Ireland and made in a single-malt (100% malted barley made at one distillery) and blended varieties (a combination of single malt, and grain whiskeys which use corn and wheat).

Scotch: Spelled as whisky, this is a whiskey made in Scotland. A single malt is made only with water and malted barley, whereas blended scotch may add other grains such as corn.

Canadian whisky: Canadian whisky is often made from several different grains including corn, rye, and malted barley that are fermented, distilled and separately.

Japanese whiskey: Japanese whisky really began with one one person named Masataka Taketsuru, a Japanese national who went to Scotland to study organic chemistry in 1918, and instead fell in love with Scotch production. Japanese whisky relies heavily on malted barley (often peated and even imported from Scotland).

Bourbon: The name “Bourbon” applies to any Whiskey that is 51 percent corn. Bourbon Whiskey doesn’t have to come from Bourbon County, Kentucky (although most of it does), but it must be produced in the United States. Bourbon is what our mixologists love to use in a classic mint julep.

Rye whiskey: Bourbon is made from corn, but rye whiskey is made with at least 51% of rye. It is usually considered as bourbon’s more daring cousin.

What’s the best whiskey to gift from these? You can’t go wrong with any of these classics.

At 180 Drinks, we use fresh and organic fruits and vegetables as food pairings to our whiskey tasting gifts, or as ingredients in our whiskey gift baskets featuring cocktails.

The key to making a quality whiskey-based cocktail is balance. Fresh fruits and vegetables can influence the 8 cocktail tastes:

With fresh fruits and vegetables, you will be amazed at how fast you can serve up some amazing whiskey flavor combinations. 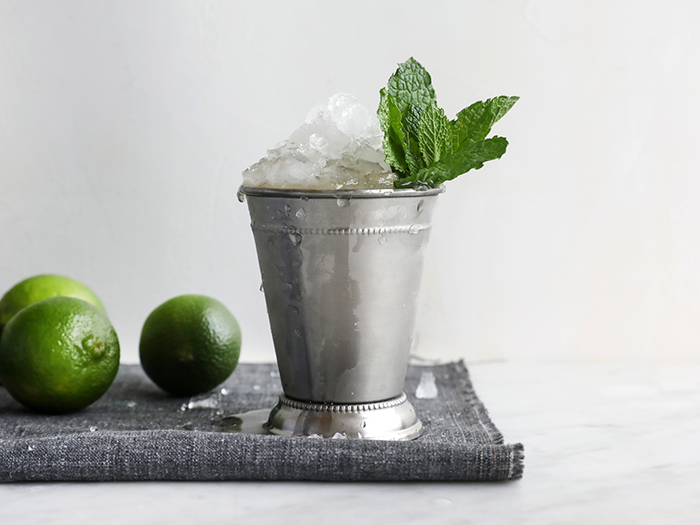 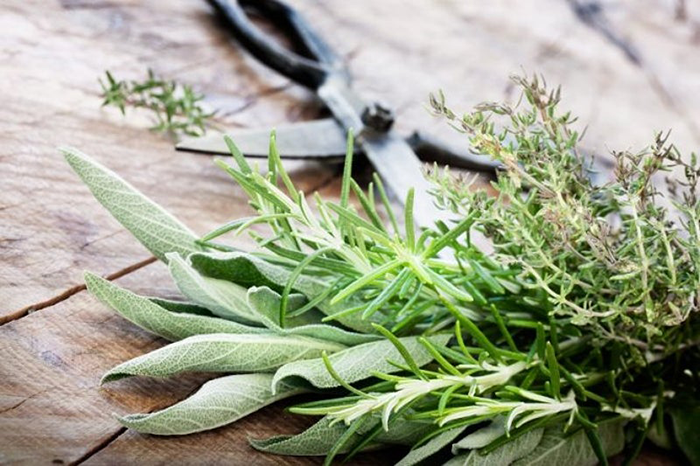 Special herbs can open up a new world of flavors for the traditional whiskey cocktail. The complex primary fragrances of smoky herbs always combine well with natural sweet whiskey flavors.

Garnishes need not be restricted to mint, citrus, or olives. Mint is a sturdy but often overused garnish. Rosemary or tarragon can add a touch of spice. A smoked rosemary whiskey cocktail makes for a fascinating drink experience.

Cinnamon can bring out further complexity in a whiskey. A cinnamon stick garnish can be great in creating whiskey infusions.

There are also many varieties of basil that you can play around with.

The good ol’ Whiskey Sour is a classic whiskey cocktail. With just some whiskey, lemon juice, simple syrup, bitters, and an egg white, you can really welcome summer and spring notes.

This classic citrus-based whiskey cocktail is a great hit for any occasion. Whiskey is incredibly versatile and there is no end to the kind of drinks you can whip up with the perfect whiskey box gift set. 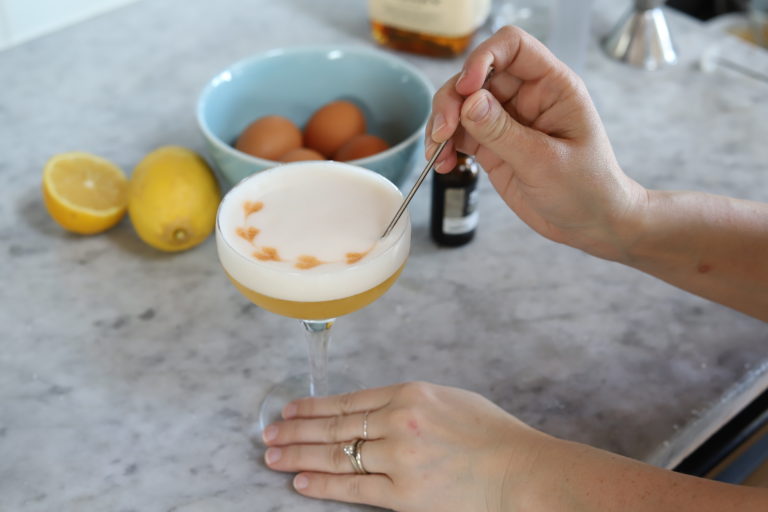 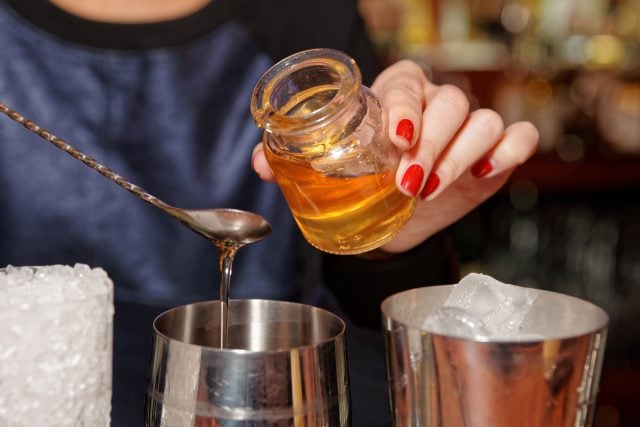 There are small amounts of sugars in almost all whiskies.

Whenever we add sweeteners as part of our cocktail kit gifts, we ensure that these are free from artificial flavors, colors, preservatives, and sweeteners.

Bitters For Your Whiskey Gift Pack

Bitters have seen an explosion of interest in the last few years.

What are cocktail bitters?

These are highly concentrated concoctions where just a few drops can enhance the flavor of the drink to which they are added. You can make great whiskey cocktails with bitters.

The most common is the Angostura Aromatic Bitters. This classic was first created as a tonic to struggling troops back in 1824! This is a perfect old-fashioned whisky cocktail. 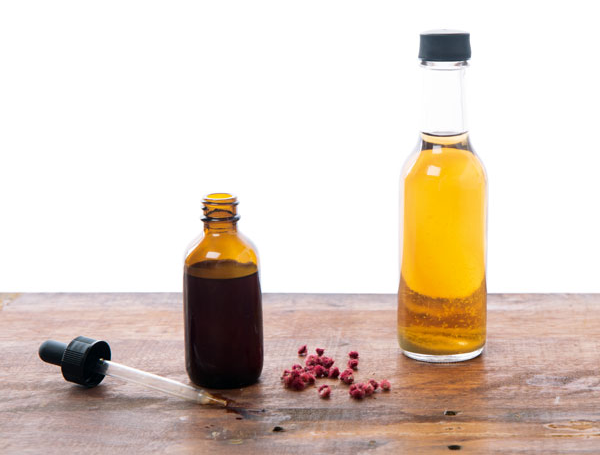 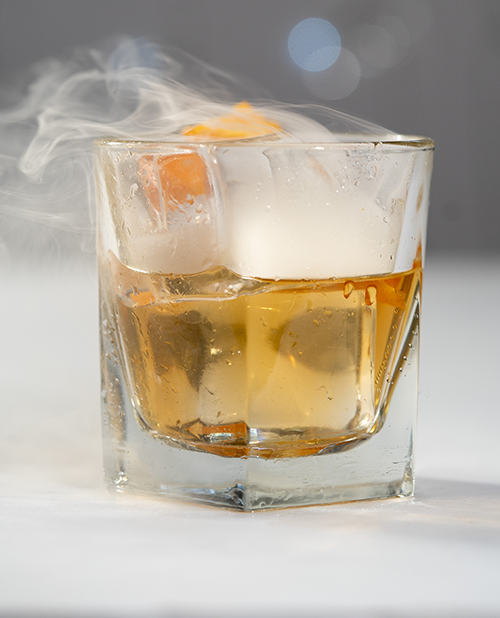 Blackberries. Blueberries. Strawberries. Cherries. There are simply so many delicious whiskey cocktail garnishes to spice up a cold winter’s day or liven up a summer or spring evening!

Traditionalists may want their whiskey neat, but you can still appreciate the nuances of whiskey with some incredible whiskey cocktails.

The classic take is the lemon twist, which can create a really soothing note to the Manhattan cocktail. Orange can heighten the inherent sweetness in whiskey and can work well in a good cocktail such an Old Fashioned.

Ice For Your Scotch Whiskey Gifts

No one likes to have to deal with melting ice cubes and a diluted drink.

Large cube ice melts slower, so that flavor and texture from the drinks are preserved as you make or sip your drink. Where specified, we provide high-quality large ice cube trays for our whiskey cocktail sets. 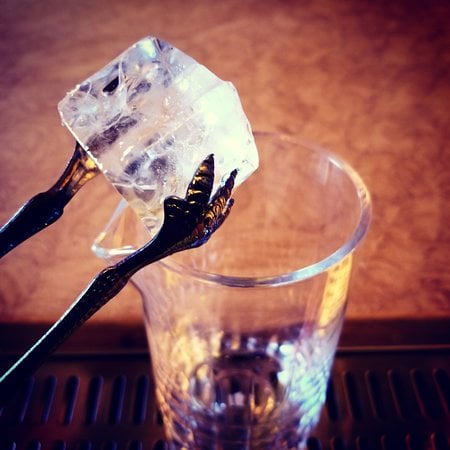 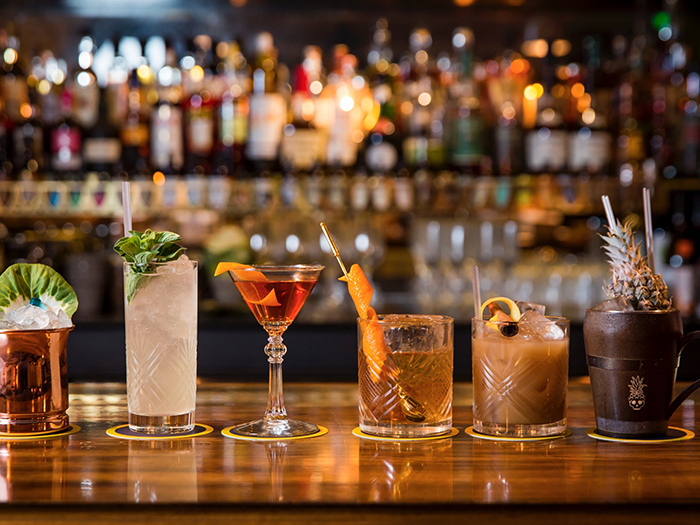 Glassware For Your Whiskey Gift Set

Whiskey, especially if you are considering a luxury whisky gift set or cocktail, is all in the presentation.

There are four main kinds of whiskey tasting glasses:

The Glencairn glass with the classic tulip shape is a whisky drinker’s choice for allowing the full flavors of whiskey to emerge.

For whiskey cocktails glassware or serving vessels, well…the only limit is your imagination.

At 180 Drinks, we can also provide high quality professional barware for your whiskey gifts. Our curated set of bar tools are selected for building drinks with the best practices in mind.

Each whiskey gift illustrates both the art and science of how the tools and ingredients work together to help create high quality drinks. 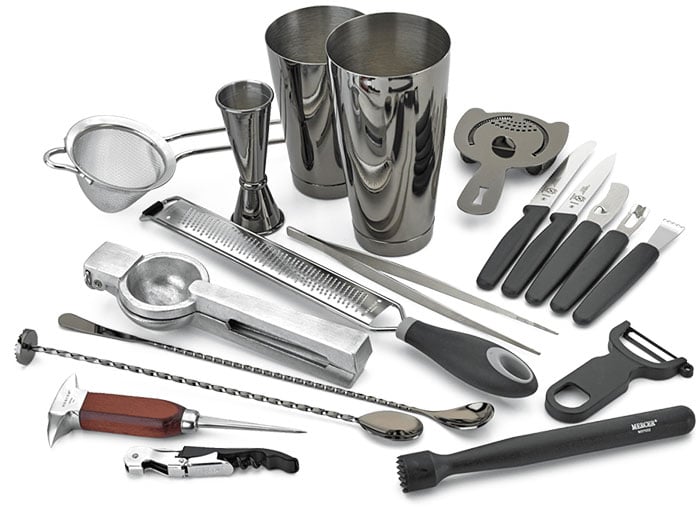 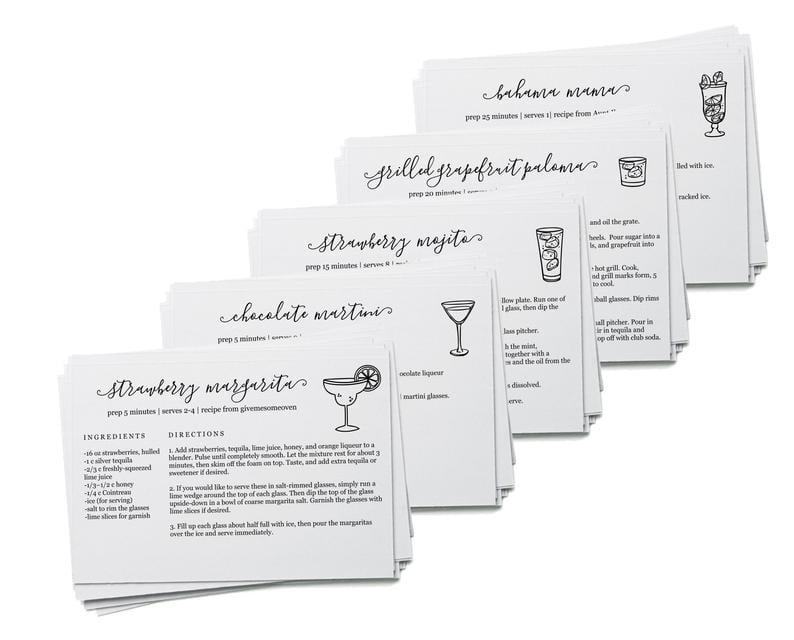 Our whiskey gift sets for men and women come with tasting guides. Cocktail gifts include recipe cards  and a video that guides you through the drink building process.

Chocolate and whiskey complement each other. The complexity of whiskey can be enhanced with the richness of a good chocolate.

Apart from chocolates, we offer other snacks as well to compliment our whiskey gifts. To learn more about the other food accompaniments consult the individual gift descriptions. 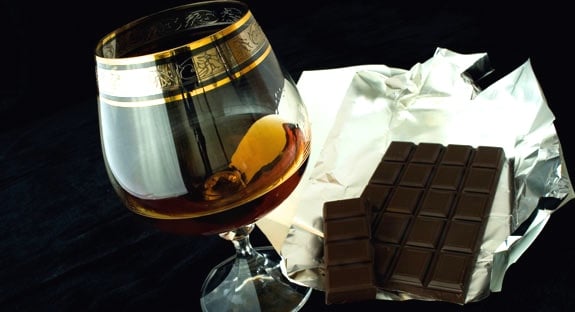 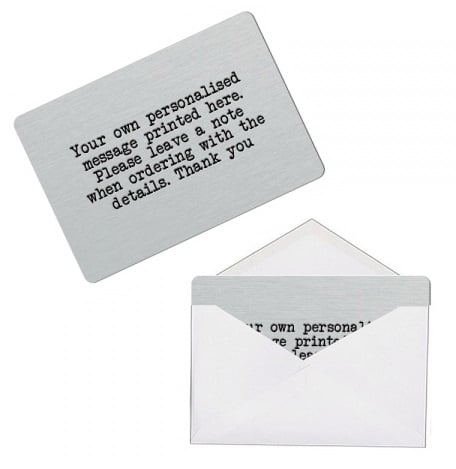 A good whiskey gift is special.

But we can make it extra special with a personalised note making it the best whiskey gift set.

A whiskey holiday gift set can also be enhanced with a personal message. Just drop us a note during the ordering stage, and we will make sure that the giftee receives it!

What kind of pairings are allowed for my whiskey gift set?

You can substitute a preferred spirit with one of your choice. We usually charge a small fee for that. Please get in touch with us for a customized quote.

Where do you ship or deliver the whisky gift box in Canada?

We deliver through our local couriers in the Greater Toronto Area (GTA) and surrounding cities below in Ontario.

Do you ship outside Ontario?

We can ship our drink gifts, including liquor to cities, provinces, or countries not listed in the “Where do you ship or deliver” FAQ,  for an additional fee. This requires coordination through a local merchant.

With this option, your drink gift would be sent in two shipments. You would receive the liquor from our partner merchant, while the non-alcohol drink ingredients would be sent directly from 180 Drinks. For this option, please contact us for a quote.

How long does my whiskey delivery gift take to process?

Do you have any whiskey gifts for her?

We get it. The internet is full of whiskey gifts for men, but it’s rarer to find whiskey gifts tailored for women. Buying gifts for women who love whiskey can be a bit difficult. However, there are some interesting whiskey-themed products you can check out:

Everything is best had fresh as that’s how we ship it! An unopened bottle of whiskey can last for a very long time! Make sure you store that bottle upright and away from direct sunlight. Distilled spirits do not spoil such as beer or wine.

An opened bottle, however, is best had as fast as possible. Don’t allow for an open bottle of whiskey to sit for longer than 6 months is our recommendation.

How many drinks come in each scotch whiskey gift box?

What to buy someone who loves whiskey?

There are some good gifts you can buy for a whiskey lover. Our top choices include:

What are the delivery or shipping costs for whiskey gift sets?

All shipping costs are calculated at the checkout for each order.

I placed my gift set order. When will my order be delivered or shipped?

Order by 5pm for next day delivery via our local couriers in the Greater Toronto Area (GTA) and select cities below in Ontario (See FAQ:  “Where do you ship or deliver the whisky box”).

For shipped orders via courier, orders will be processed for delivery the next business day. The shipping time depends on the shipping method and carrier selected.

Our subscription boxes are prepared for shipment or delivery by the first week of each month. We will send you an email with a tracking number for shipments sent via post.

Can I pick up my whiskey gifts?

Absolutely! FREE pick up is available from 12pm to 6pm every day at our office at 400 Matheson Blvd E, Unit 20, Mississauga ON L4Z 1N8

Can you deliver my whiskey hamper to my giftee on a specific date?

Absolutely! When you purchase a whiskey hamper, you can select a preferred delivery date. We will then schedule your gift for the delivery or ship date desired.

What is the difference between a one-time whiskey present and a whiskey gift subscription?

A one-time drink gift is delivered once, whereas a drink gift subscription delivers a new unique drink each month for a selected duration of time. You can purchase a drink gift for 3 months, 6 months, 12 months, or Infinity (Billed Monthly).

After purchase, we will send your giftee an email on your selected day to notify them of their gift, including a personal message from you. They can select their desired base liquors for their monthly drink gift subscription and provide their preferred shipping address.

Each month, your giftee will receive a new unique drink gift delivery for your selected duration.

What type of occasions are your whiskey gifts good for?

A good whiskey gift is great for any occasion! But we have found that our customers love giving whiskey as a gift during birthdays, anniversaries, Christmas, and personal celebrations such as a promotion at work or Valentine’s Day! Even at weddings our whiskey gift favours are a hit with the groomsmen.

Do you get your liquor for your whiskey gifts from the LCBO?

The LCBO offers a great selection of whiskey for residents of the Greater Toronto Area (GTA) and Ontario. We do source our liquor for our whiskey gifts from the LCBO.

Do you sell your Whiskey Gifts on Amazon or Etsy?

Currently we only sell our whiskey gifts through our website. Amazon or Etsy currently do not allow for the sale of gifts with alcohol on their platform.

180DRINKS is on all your favorite social networks. Come say hello!

We are here to answer any questions you have.